Welcome Ganesha to the Garden

Previous Next
Welcome Ganesha to the Garden

Yesterday we welcomed a statue of the deity Ganesha to the garden. This lovely little statue of one of the favorite Hindu gods around the world was languishing on a sidewalk outside of an upper Eastside vegetarian restaurant whose building is slated for demolition. Rob Watson saw him and arranged to move him to the garden. Romeo Legardo, my favorite contractor, with Rob’s help, picked up Ganesha and delivered him to the garden. He weighs hundreds of pounds so the move was no easy feat. He stands now under the largest, most beautiful tree in the garden at the south end of the bocce court. As prescribed by tradition, he faces north. He is popularly worshipped as a remover of obstacles.  At this time of massive suffering in India, he should remind us that the pandemic is not over.

Read here all about him. https://en.wikipedia.org/wiki/Ganesha 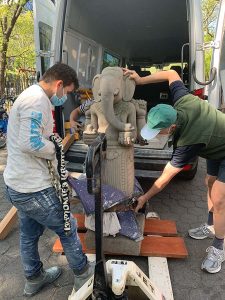 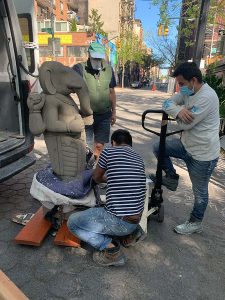 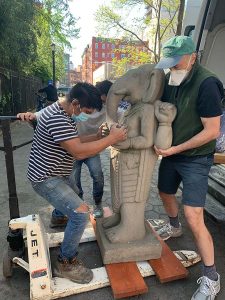 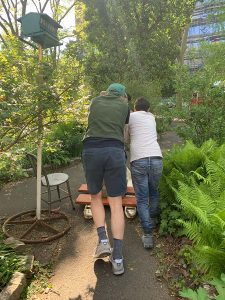 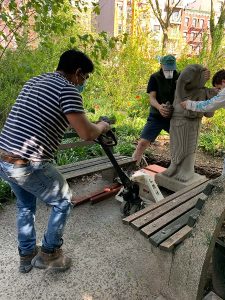 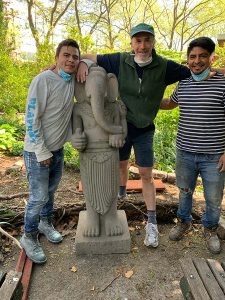 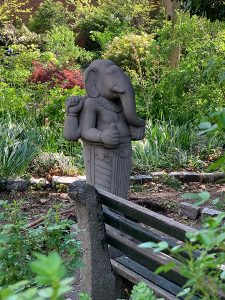